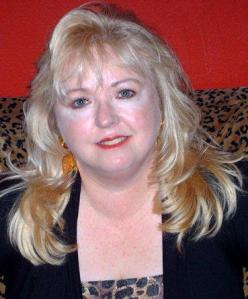 In ever-increasing numbers women and men are seeking spirituality beyond traditional religious institutions and more and more their new normal includes the deities, ideals and archetypes of the Sacred Feminine.  They have a desire to get beyond the patriarchal dogma of the Abrahamic religions that so often perpetuates sexism, homophobia and the domination of Mother Earth and all her inhabitants.  Women, in particular, are hearing and heeding their calling, stepping forth to take on their mantle of leadership as rabbis, ministers, priestesses, Nuns on the Bus and Womanpriests.  They are exercising their spiritual authority in circles at their kitchen tables, in their living rooms and classrooms, in brick and mortar churches and temples, in political arenas and groves.  They are flexing their spiritual wings and allowing themselves to be guided by their intuition, innate female wisdom and inner-knowing.  They encourage their congregations to know and feel the essence of Goddess and understand what that new knowledge might mean for themselves personally and the world.  They refuse to go back to a time when men have dominion over women’s bodies and tell them to put an aspirin between their knees as a form of birth control!

Often the shared message of these like-minded women and men is one of female empowerment, equality, social justice and environmental responsibility, sometimes referred to as eco-feminist spirituality.  The liturgy may contain social, cultural and political messages of liberation thealogy using Goddess mythology, archetypes and metaphors as benchmarks and templates for a more just, peaceful and sustainable future.   Gone altogether or tempered is the message of the strict authoritarian Father whose mythology gives license for a male-dominated society with women in a subordinate role.  Nothing less than peace, partnership, justice, equality and care for the planet are at the heart of this Sacred Feminine wisdom.  Gone are the greed is good or survival of the fittest mentalities.  As more and more people find themselves “the other” and with little hope of achieving the American Dream, they are willing to rethink the status quo and vision another future and a government that serves more than the 1%.

In answer to this collective call to restore and re-write our values and find a new social and spiritual path women and men are blazing a trail using their pink handled machetes to find their way.  Within religious groups it might manifest in progressive churches using gender neutral names for God in prayer and song.  Others include liturgy embracing the Divine Mother in equal partnership alongside the Father.  Altars might not be dominated only by male images.  Still others give themselves permission to conduct women-only services and exhibit only female images of deity at their gatherings.  Congregants worship together in circles rather than in hierarchical configurations with a male intermediary between them and deity.  In fact, these groups and gatherings might be leaderless, egalitarian or organizers might share leadership.

To push these new values forward in society Goddess advocates recognize the need to stand in solidarity with pro-worker, pro-women, pro-science, pro-immigrant, pro-peace, and pro-environmental groups who feel the weight of  rich, white, male privilege on their neck.  It means partnering with secular people, particularly the millenials, who feel the most disenfranchised with the current state of the economy, their crushing student loan debt and their hopelessness about the future.   It means legislating real family values,  restoring worker stability, shoring up the depleted social safety net and investing in people and jobs.

Social justice and uplifting the common good are key and those values are not only prevalent in ideals of the Sacred Feminine but their importance is punctuated in a newly released documentary that addresses the issues of patriarchy, women’s rights, and our desperate need for partnership. Femme: Women Healing the World is a brave film that starts at the beginning, unafraid to talk about pre-patriarchal times, when women and Goddess were revered and people were more concerned about the We and the Us instead of the current climate of greed and selfishness, aka, the I and the Me.   Femme is unafraid to examine the relationship between religion and the oppression of women and the economic disparity that is the result of our following a patriarchal or male-dominated agenda.

With Red States and Republicans around the country taking away women’s freedom and dignity in mandating they be penetrated with state sanctioned vaginal probes and limiting access to birth control in the year 2013, never has such a film been more needed.  With women doing 80% of the work with only 20% of the assets, never has a film been more important.  With so many hungry children,  women retiring in poverty and austerity measures being thrust upon the poor and middle class, disproportionately affecting women and their kids, information in this film is vital to help shift consciousness toward a more equitable and sustainable future.   With Republicans about to destroy the full faith and credibility of the United States with needless manufactured crises,  it’s time to step up and demand a return to balance, sanity and majority rule.  With the daily assaults on our finite resources and Mother Earth, it is time to awaken and this film is a wake-up call!

The Dalai Lamma said it would be Western women who would save the world.  Certainly it can be women across the globe, stepping up, taking on their mantle of leadership, demanding they no longer be diminished and oppressed under male authority, and with that, a tipping point toward love, balance, peace and an inter-connection among us all. Nothing less is acceptable. Nothing less will save humankind and the planet.   Femme features American women  Jean Houston, Marianne Williamson, Celeste Yarnall, Riane Eisler, Jean Shinoda Bolen, Sharon Stone, Gloria Steinem, Barbara Marx Hubbard, myself, and numerous other women across the globe speaking out on how we might change the world along-side our beloved men.   Most importantly, it offers real solutions for a sustainable world and should be required viewing in religious, corporate and educational settings the world over.  If we can vision it, we can manifest it, and manifesting a new world is our moral imperative for the majority of us on this planet.

About Rev. Dr. Karen Tate —
Author of Walking An Ancient Path: Rebirthing Goddess on Planet Earth, Sacred Places of Goddess: 108 Destinations and the soon to be released Goddess Calling: Inspirational Messages and Meditations of Sacred Feminine Liberation Thealogy and Voices of the Sacred Feminine: Conversations to ReShape Our World.  Karen is a speaker, social justice activist, sacred tour leader, workshop presenter and host of the long running radio show, Voices of the Sacred Feminine Radio.  She can be reached at http://www.karentate.com or on Facebook and Twitter and can be seen in the documentary, Femme: Women Healing the World.  She resides in Venice, CA with Roy, her husband of thirty years who she describes as the wind beneath her wings.

One thought on ““The We and the Us Not the I and the Me,” by Celestial Musings Guest Blogger Rev. Dr. Karen Tate”